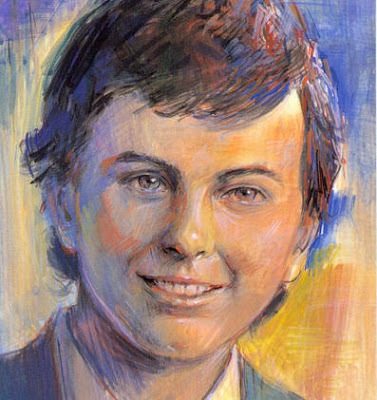 Dominic Savio was born 2 April 1842 in Riva di Chieri in the vicinity of Turin. He attended the small school run by the local parish priest, and then the county school Castelnuovo d’Asti. Only at the age of five did he serve as an altar boy. He received the first Holy Communion 8 April 1849. On the occasion of his First Communion he wrote the resolution in his prayer book: I will go to Confession frequently and Communion as often as my confessor allows; I want to make Sundays and feast days holy; My friends will be Jesus and Mary; Death but not sin.

At the age of 12 he was admitted to the Oratory in Valdacco in Turin by St. John Bosco. In the Oratory Dominic let himself known to be an ardent catholic, never missing the occasion to pray. He received the gift of contemplation and spiritual ecstasy. His greatest desire was to become a priest. He obtained good results at school. When once Dominic missed the classes, he was found deep in prayer at the holy tabernacle. Nudged by St. Don Bosco he simply asked the time. It turned out he had been kneeling several hours before the tabernacle. St. John Bosco realised that Dominic had been talking to Jesus Christ. At the end of autumn 1856 Dominic Savio fell ill. The doctor sent for by St. John Bosco diagnosed advanced pulmonary disease. When Dominic was saying goodbye to St. Don Bosco and his friends, he said with tears: I shall not come back here, and it happened so. He was suffering deeply for several months. When dying on 9 March 1857 he cried to Fr. Bosco: “Goodbye, Father! Goodbye! Oh, what wonderful things I see!”